Home » Things To Do » Paris Opera Ballet (France)
This listing is being managed by someone from this business.
Featured

Sorry, no records were found. Please adjust your search criteria and try again.

Featured
View all
Recently Viewed
About

Be Rewarded for Sharing!

Become our Bestie!
FOMO: Update me on the Latest Deals
© 2020 Huntingmama. All rights reserved.
Contact Us

We're not around right now. But you can send us an email and we'll get back to you, asap.

Change Location
To find awesome listings near you! 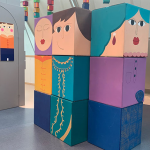 2019 Annular Solar Eclipse- Pre Eclipse Workshop
error:
We use cookies to to improve and customise your browsing experience and for analytics about our visitors both on this website and other media.
To find out more about the cookies we use, see our Privacy Policy.
By clicking “Allow All”, you agree to the storing of cookies on your device.Allow AllPrivacy policy